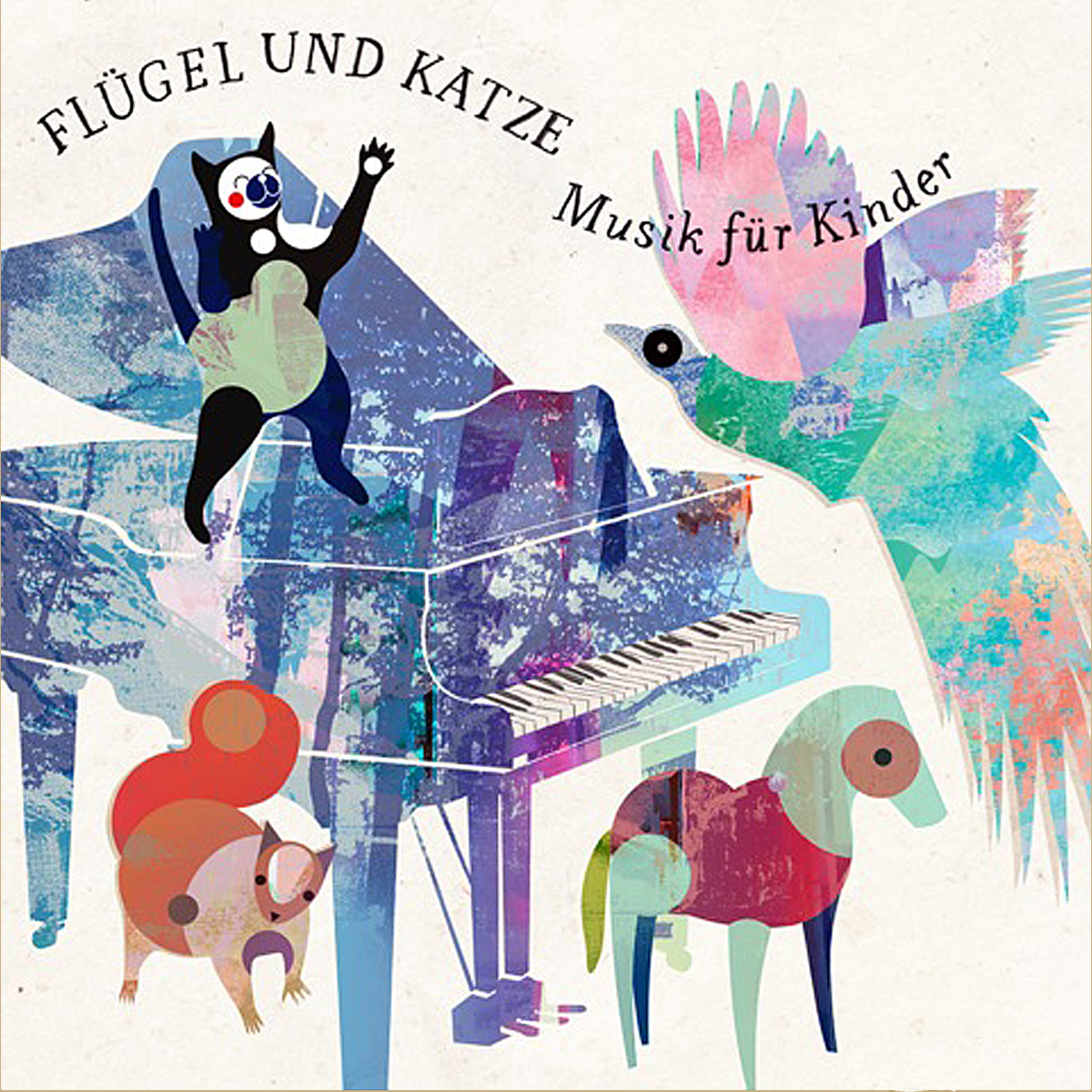 Flügel und Katze. A cat slinks over the keys of the piano. This markes the beginning of a musical journey for children that Ulrike Haage and her musical allies, Eric Schaefer (drums) and Margherita Biederbick (violin), conceived and recorded live. In 2012 Ulrike Haage decided to make her birthday a present to children. She planned a concert in a setting in front of a horde of spellbound children who were all ears. The performance centered around The Squirrel and the Four Seasons, a wonderful cycle for violin, piano, drums and voice paraphrasing Vivaldi. Also to be heard: Ulrike’s cat song from her children’s opera Reineke Fox, the Sick Doll by Russian composer Pyotr Tchaikovsky and the Little Song by Dmitri Kabalevsky. Ulrike Haage, Eric Schaefer, and Margherita Biederbick play in their usual poised, competent manner, varying the motifs also of the classical compositions, reducing them to their essence. And so the individual pieces develop slowly and delicately, coming together gradually to create a whole, and radiating a soothing, virtually peaceful tranquility. It is a musical gift, for children and adults alike. The CD also contains a beautiful illustrated flyer.