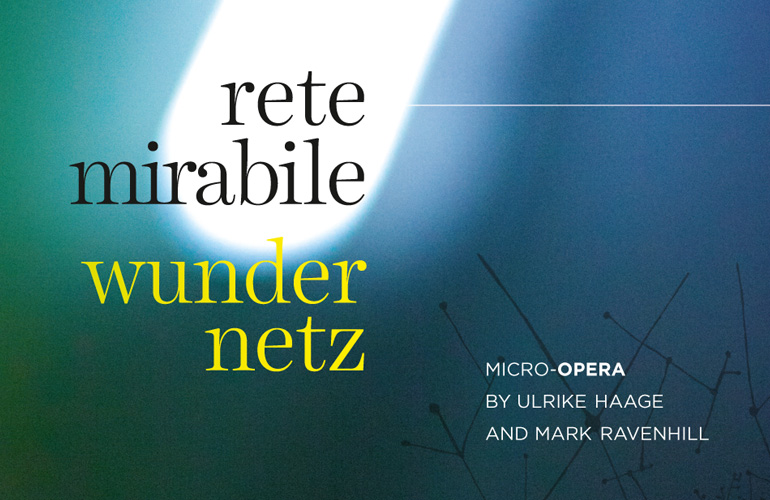 Opening night of Wundernetz on feb 12. Solo concert during the Neujahrsempfang of the GEMA @ DPG Berlin. Wundernetz is our custom-made singspiel for the wet collection of the Museum fuer Naturkunde Berlin. I staged this micro-opera as a modern traveling theatre. The unique acoustics in the Museum inspired me to create a live acoustic performance independent of electrical equipment. In his english libretto Mark Ravenhill plays with excerpts from the book „Vampyroteuthis infernalis“ by literary theorist Vilem Flusser, about the vampire squid’s experiences of the world, which he presents as diametrically opposed to those of humans. Our micro-opera oscillates between the antipodal worlds of fauna and human beings, thus unexpectedly assuming social relevance. Here a snapshot during the rehearsal in the wet collection, by Barbara Braun. 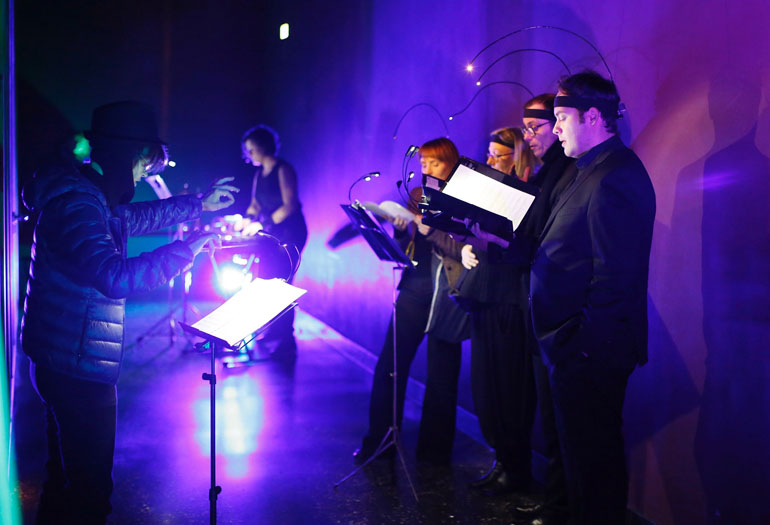