Natural history museums have always been places where artists were intensively involved in the study of nature. Alongside travelling researchers, artists have contributed to recording and depicting the history of life on Earth. In line with this tradition, the German Federal Cultural Foundation and the Museum für Naturkunde Berlin have embarked on a joint model project which invites international artists to develop interventions from 2014 to 2018 in one of the most renowned natural history museums in Europe. 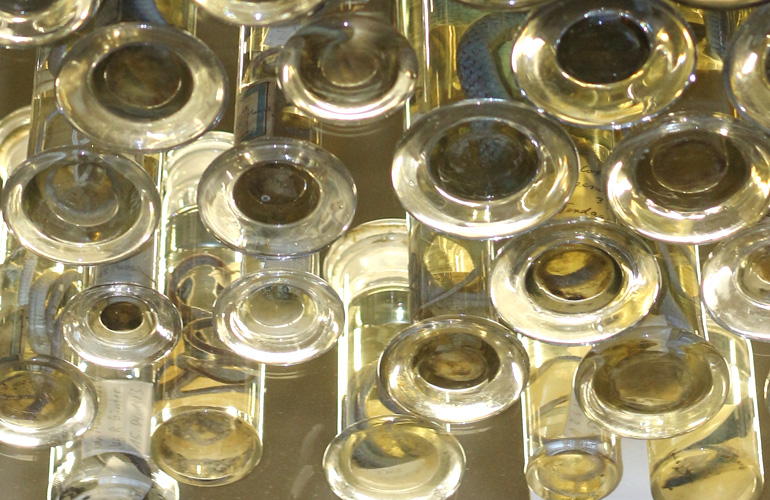 The curator Gaby Hartel, appointed by the Federal Cultural Foundation and the Museum für Natural History for  the section sound art/acoustic art, invited the three following artists to create a unique sound work within the context of the Museum für Naturkunde in Berlin: AK Dolven (sound installation) in 2015, Serotonin (acoustic parcours) in 2016 and Ulrike Haage, composition and realization of a 30 minute micro-opera, in cooperation with librettist Marc Ravenhill in 2018. Here starts the story of Wundernetz.

In September 2016 Ulrike Haage begins to develop the concept for this custom tailored micro-opera, which will have its premiere in the MfN, Berlin, in 2018. The dates are already fixed: two shows each night on February 12, 19 and 29 and March 5 in 2018. It is recommended to book well in advance, as places are limited.

Snapshot:… recording the sounds of these empty glasses of all possible sizes, where the specimens from all animal groups are stored in a mixture of 70 % alcohol and 30 % water. Depending on where you touch the sounds seem dreamlike and undetectable. During Haage’s visits in the Museum für Naturkunde she begins with sketches for the micro-opera. The line-up for the instrumentation and the concept for the realization are developing. In April and May 2017, she writes the score under olive trees, in total silence, just a grand piano, a computer, and lots of birds in Martano, Puglia. 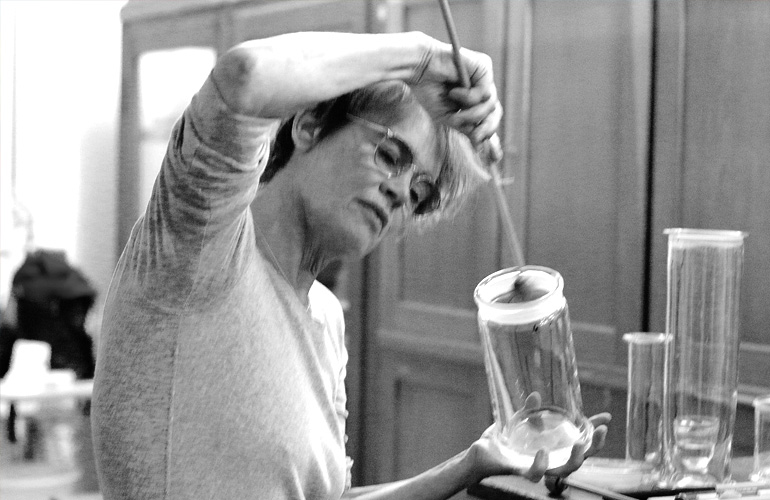 Like a compass needle, I seek my position in history. Chris Marker

In summer 2017 Mark Ravenhill takes over. He gets the music from Haage and starts to write his libretto to the score. The protagonist of his text turns out to be an octopus, based on Vilém Flusser’s essay „Vampyroteuthis infernalis“. Ravenhill turns the perspectives on our world upside down. The micro opera becomes unexpectedly a contemporary work,  regarding today’s ecology and causes of migration.

In autumn 2017 the rehearsals start. Here with Christina Andersson (Not in the picture), Regina Jacobi, Daniel Steiner and Jonas Böhm and Mark Ravenhill in the studio of Ulrike Haage. In December the music ensemble will be rehearsing in the Museum für Naturkunde, Berlin. The german radio SWR and DLF Kultur will record and broadcast the micro opera in April, 2018. 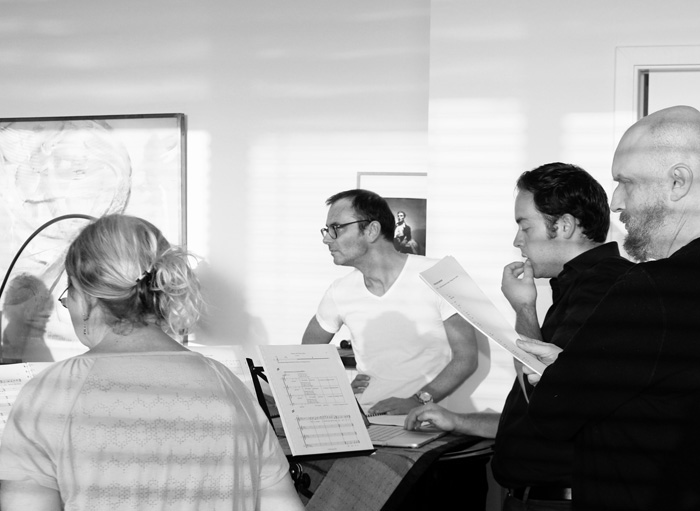 A Rete mirabile (Latin wondernet) is a dense network of an artery branching into smaller blood vessels that then reunite, not into a vein but to another artery. Such networks are found at the renal glomeruli in vertebrates. In fish the retia mirabilia serve as thermoregulators via countercurrent heat exchange.

Rete mirabile thus has the character of a travelling theatre in the midst of the natural history museum. By tradition, a travelling theatre always brings along everything it needs for a performance. The interesting and unique acoustics in the wet collection of the Museum für Naturkunde make the concerts independent of technical and electrical equipment. 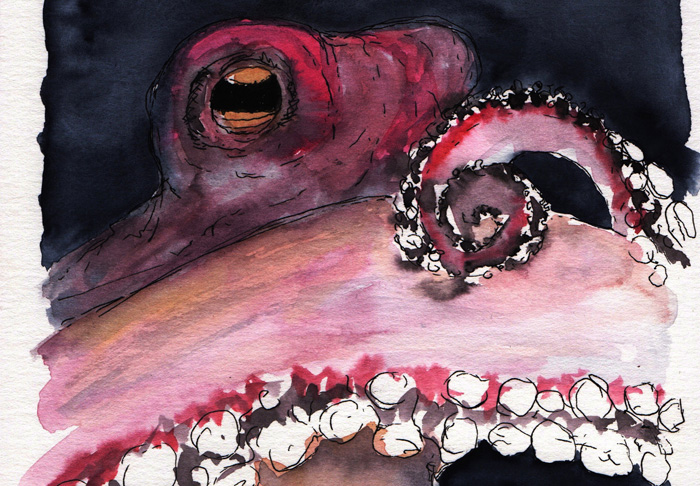