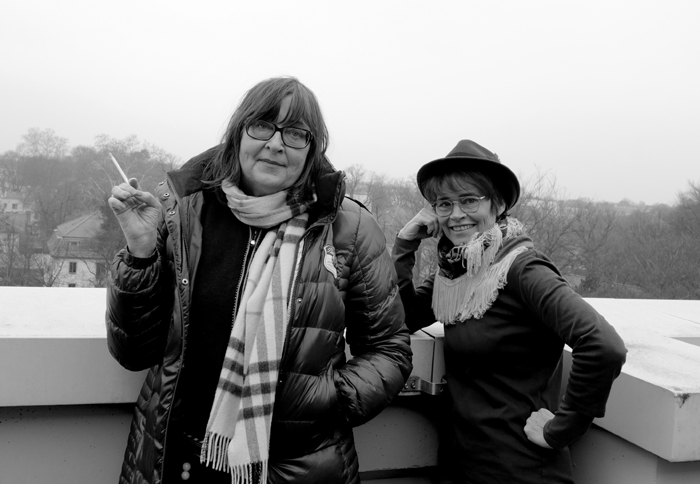 Working on „trues stories“, here with Françoise Cactus…“Die Toten von Feuerland“ got awarded in England. In march I am recording the voices for my radio play „True stories“ based on texts by french installation artist Sophie Calle. My concept is an experimental arrangement, where all actors are also improvising with the texts and their voices. Here I am with singer Francoise Cactus and actress Birte Schnöink on my rooftop and in the kitchen, turned into a theatrical recording stage. As a third role we have great Damien Rebgetz with us in this production. 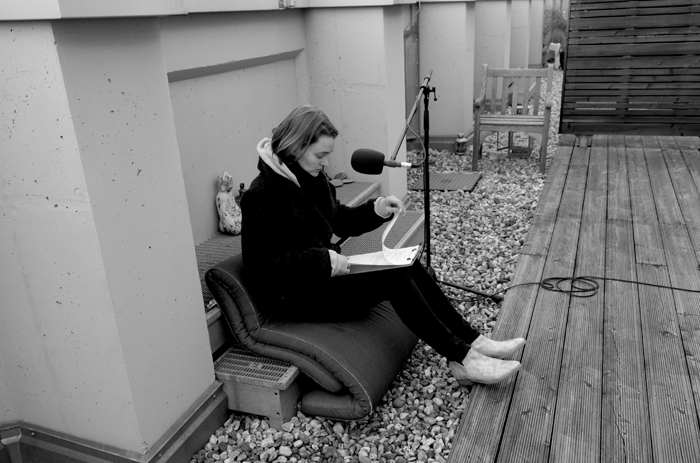 March also brought an invitation for „Die Toten von Feuerland“ to the Radio Drama Festival in Canterbury. Throughout 4 days of intense listening to over 50 international radio plays, the jury finally gave the first prize to our production. We are very moved and happy about the recognition of our play and the effort that we did put into it. You can listen here to the play. And please find the synopsis below. 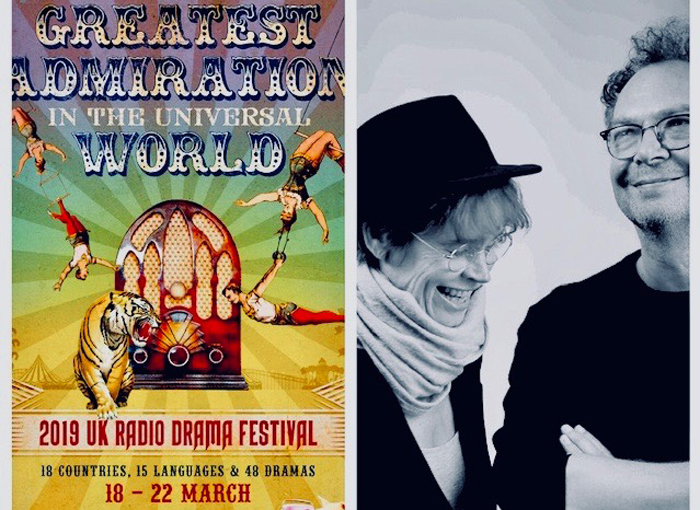 Synopsis of our radio play: „On May 11, 1830, the sailors of the research vessel „HMS Beagle“ exchange with the indigenous people of Tierra del Fuego the young Orundellico of the Yamana tribe for a mother-of-pearl button. The 15-year-old gets the name Jemmy Button. ​Captain FitzRoy decided to take four of the young Fuegian hostages all the way to England „to become useful as interpreters, and be the means of establishing a friendly disposition towards Englishmen on the part of their countrymen.”​ ​Like many stories also this one does not go well…One year later, Fitzroy returned the three surviving Fuegans home. He took with him a young naturalist, Charles Darwin. ​Haage and Ammer do not talk about what they know or suspect anyway. But perform a revival ritual without moral gravity: ​An essential part of the radio play are original sound recordings of the Yamana people. ​The radio play – based on the diaries of Darwin and Fitzroy – tells of the consequences of being uprooted and became a model for Michael Ende’s children’s book character Jim Knopf a century later.“